The Nation -- One week after bombs ripped through commuter trains in India's financial capital of Mumbai, the carnage has finally been tallied: 182 people killed and 900 injured. That puts the atrocity on par with the 2004 Madrid metro attacks. It makes Mumbai worse than the London bombings, whose anniversary was observed earlier this month. Nor were the dead the only casualties.

On July 15 India told Pakistan that a meeting due later in July between their foreign secretaries had been shelved. "We said the environment is not conducive for talks," said a Foreign Ministry official in New Delhi.

India's gripe is that the perpetrators of the Mumbai attacks were "supported by elements across the border," said Prime Minister Manmohan Singh. Pakistan's counter is there is no substance to the charge. Rather, says Islamabad, India is responding to comments made by Pakistan's foreign minister, Khurshid Kasuri, in the wake of the bombings.

Condemning the attacks as "absolutely horrendous," Kasuri said "the Mumbai incident underlines the need for the two countries to work together to control this environment, but they can only do so if they resolve their dispute." The Indian Foreign Ministry was outraged that Kasuri's "remarks appeared to suggest that Pakistan will cooperate with India against the scourge of cross-border terrorism and terrorist violence only if such so-called disputes are resolved."

The exchange highlights the fragility of the peace process, and the mutual dissatisfaction that binds it. When Singh talks of "elements across the border," he means jihadi groups harbored in Pakistan, sponsored, allegedly, by its Inter-Service Intelligence force (ISI). And when Kasuri refers to the "dispute," he means the divided territory of

Kashmir, cause of two of the three India-Pakistan wars and epicenter, for the last sixteen years, of a nationalist-Islamist insurgency against Indian rule that has cost at least 40,000 lives. Both accusations sting because both, in part, are true.

Since the peace process began in February 2004, India has promoted increased trade, maintained a cease-fire and enabled some movement between the two halves of Kashmir. But it has done little to relax a military regime whose traits (according to a recent Human Rights Watch report) are "arbitrary detention, torture and custodial killings," particularly against the Muslim majority that resides in the Kashmir Valley.

Similarly, in 2004 Pakistan vowed to shut down all jihadist military camps on its side of Kashmir. It hasn't done so. Following Pakistan's earthquake last year, it was largely Islamist groups, like Jamaat-ul-Dawa (JUD), that shoveled out the survivors.

The JUD is a front organization for Lashkar-i-Taiba (LIT), a jihadist group fighting in Indian Kashmir. Inspired by Al Qaeda, it is the Pakistani hand India detects behind the Mumbai bombings. LIT is banned in Pakistan. JUD is on Pakistan's "watch list." India wants it crushed, and so does the US government.

There are several reasons why that won't happen, say Pakistani analysts. The first is because, as yet, there is no evidence connecting JUD-LIT to Mumbai. Second, as its earthquake relief work attests, the JUD-LIT is far more than a military arm. It runs hospitals and hundreds of schools that provide free education for thousands throughout Pakistan. Third, though its cadre is small, its constituency is large, enabling it to muster as many as 500,000 at political rallies. To take on such a force without due cause would trigger "bomb blasts all over India," said a senior Pakistani intelligence official.

But the main reason is that radical Islam is no longer simply a Pakistani problem. In 2001 India banned the Students' Islamic Movement of India (SIMI), "for stirring religious unrest over the United States' 'war on terror' " and for its alleged Al Qaeda sympathies. Dozens of its supporters have been detained since the attacks.

Several Indian analysts believe SIMI's emergence has been caused by Indian army actions in Kashmir and sectarian slaughters like the 2002 Gujarat riots, when 2,000 people, mostly Muslims, were killed. They think Mumbai may have been the revenge, though no government official would dare to make the link. It is easier to blame Pakistan, writes Indian analyst Swapan Dasgupta in the Asia Wall Street Journal:

"India has been in a state of denial over evidence that the emerging threat is not from those acting at the behest of controllers in Islamabad, but from home-grown militants. The suggestion that Islamist terrorism has developed strong roots in India is one that the government in New Delhi does not relish."

The day before India suspended its precarious rapprochement with Pakistan, Allama Hasan Turabi, a Shiite cleric, was killed by a suicide bomber in Karachi, almost certainly dispatched by a Sunni jihadi outfit. It was a grisly reminder that sectarian violence is indigenous to Islamabad and New Delhi alike. Severing ties seems an odd way to fight it.

Like this article? Try 4 issues of The Nation at home (and online) FREE.

Add headlines to your personalized My Yahoo! page

(About My Yahoo! and RSS)

Get an alert when there are new stories about:

Elsewhere on the Web

'We thought we were gone' says cruise passenger 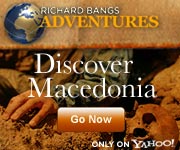 The most popular world news and photos.